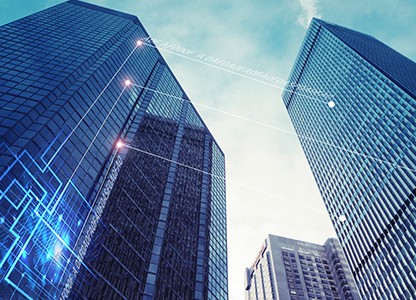 Xiong Jie, speaking on behalf of the Organization Department of the Party committee of the SASAC, highly affirmed that since the establishment of the iron tower company for more than two years, especially since the establishment of the interim Party committee, it has strengthened the ideological and political guidance, and constantly strengthened the mission of strengthening, optimizing and expanding the enterprise; it has closely focused on the central work, focused on the party building, and practically promoted the reform and development and the overall completion of the production and operation tasks; it has strengthened the construction of the party building work system and made great efforts To achieve the full coverage of grass-roots party organizations and provide strong organizational guarantee and power support for promoting the formation of "sharing and competing tower model". It is hoped that the first party committee of the coming tower company will thoroughly study and implement the spirit of the Sixth Plenary Session of the 18th CPC Central Committee and the National Conference on Party Construction in state-owned enterprises; further strengthen the sense of responsibility and earnestly implement the responsibility system of Party construction; and build and strengthen the grass-roots Party organizations and Party members from the "Three Basics".

On behalf of the company's temporary Party committee, Tong Jilu, Secretary of the temporary Party committee and general manager of the iron tower company, made a report entitled "gather our strength, take on practical responsibilities, and lead the company to achieve new leaps with the construction of the party". On the basis of reviewing and summarizing the achievements of the iron tower company in the past two years since its establishment, focusing on the party construction and promoting the development of the center, this paper puts forward the overall goal of China's iron tower at present and in the future: firmly grasp the strategic opportunities of "network power" and "13th five year plan", always take dedicated service and deepening sharing as the core, adhere to the "one body, two wings" development pattern, and focus on“ Value growth "development route, build professional service ability and lean asset operation ability, build excellent service brand, and strive to become a world-class information and communication infrastructure service provider with sustainable development.

Tong Jilu pointed out that to achieve the above goals, the key lies in people and the party. At present and in the future, the general requirements of the party construction work of the iron tower company are: guided by the spirit of the 18th National Congress of the Communist Party of China and the previous plenary sessions of the 18th National Congress of the Communist Party of China, the spirit of the seventh plenary session of the 18th Central Commission for Discipline Inspection, the party's unshakable leadership over the company, the service production and operation, and the party's leadership over the selection and employment of the company The role cannot be changed. We should adhere to the principle of building and strengthening the grass-roots party organizations of the company, strengthen the party's political, ideological and organizational leadership in an all-round way, promote the party's organization, style, anti-corruption and institutional construction in an all-round way, strive to improve the institutionalized, standardized and scientific level of the party's construction work, actively explore the construction of the party's construction mechanism and methods with Chinese tower characteristics, and give full play to them Play the leading and political core of the Party committee, the Battle Fortress of the grass-roots party organizations and the vanguard and exemplary role of the party members, gather their strength and take on practical responsibilities, and provide a strong political, ideological and organizational guarantee for the realization of the goal of capacity span, service span, development span, management span and the improvement of team vitality and cohesion. We should focus on five aspects: first, we must unswervingly strengthen and optimize the China Tower; second, we must unswervingly focus on the party building around the center; third, we must unswervingly and comprehensively strictly govern the party and the enterprise; fourth, we must unswervingly play the "three roles" of the party organization; fifth, we must unswervingly do a good job of concentration.

Tong Jilu stressed that at present and in the future, the main tasks of the party construction work of the iron tower company are as follows: first, to deeply study the spirit of the Sixth Plenary Session of the 18th CPC Central Committee and the party construction work conference of the national state-owned enterprises, to firm ideals and beliefs, and to enhance party spirit cultivation. Second, we should vigorously strengthen the construction of the leading group of the Party committee and the leading cadres, and take on the historical mission of promoting the reform and development of the enterprise to achieve a new leap. Third, we need to improve the system and mechanism of closely focusing on Party building, and strive to promote the deep integration of production and operation with Party building. Fourth, we should pay close attention to the implementation of the party construction work and the responsibility system of the party conduct and clean government construction, and earnestly fulfill the political responsibility of promoting the reform and development of the company. Fifthly, we will continue to promote the construction of a clean and Honest Party and strive to provide a strong discipline guarantee for the stable development of the company. Sixth, we will continue to consolidate the foundation of Party building at the grass-roots level, and give full play to the fighting fortress of Party organizations and the vanguard and exemplary role of Party members. Seventh, we should vigorously strengthen ideological and political work and the construction of mass organizations, and fully mobilize the enthusiasm, initiative and creativity of employees to participate in enterprise management.

Sun Baotian, Secretary of the temporary Discipline Inspection Commission of the iron tower company, on behalf of the temporary Discipline Inspection Commission of the company, made a report to the conference entitled "determination to grasp the iron mark, implement the supervision responsibility, and provide a strong guarantee for the sustainable and healthy development of the company". At the early stage of the establishment of the iron tower company, the temporary Party committee and the Discipline Inspection Commission have not yet been established, so it is clearly proposed that "the relationship between the party and the organization is uncertain, the party conduct and clean government construction ideas must be determined; the organization is not in place, the anti-corruption work must be in place". The establishment of the organization, the system first, the strengthening of education, the early grasp of the small, and the smooth development and stable operation of all work are guaranteed. In order to achieve the general goal of "dare not corrupt, do not corrupt and do not want to corrupt", we should strive to prevent one cadre and employee from falling behind. In the next five years, we should do a good job in the construction of party conduct and clean government and the anti-corruption work from seven aspects. First, we should thoroughly study and understand the spirit of the Sixth Plenary Session of the 18th CPC Central Committee, the National Conference on Party Construction of state-owned enterprises and the seventh plenary session of the 18th CPC Central Commission for Discipline Inspection, and unswervingly promote the development from strict party governance to in-depth development in an all-round way. The second is to strengthen the study and discipline education of Party discipline and rules, constantly improve the ideological cognition level of Party members and cadres, and strive to build a "do not want to corrupt" ideological dam. The third is to implement the "two responsibilities" and promote the in-depth development of the construction of a clean and Honest Party style and the anti-corruption work. Fourth, we should strengthen institutional construction, put power in the cage of the system, and strive to build an "incorruptible" institutional system. Fifthly, we should continue to strengthen the construction of work style and the consciousness of discipline and rules of the leaders. Sixthly, we should strictly enforce discipline review, resolutely achieve "zero tolerance", and form a "dare not corrupt" high-pressure situation. The seventh is to enhance the ability to perform their duties and build a loyal and clean discipline inspection and supervision team.